Water has to be released from the reservoir only after which the under-construction dam can be repaired.

Villagers shifted out to shelter camps due to the danger of a dam bursting in Madhya Pradesh are returning to their homes, even though the risk is far from over. They are worried about their cattle and other livestock. Some water from the dam reservoir was, however, slowly being released by Saturday night — a necessary move before repairs can be done.

After seepage from an under-construction dam on the river Karam, the administration moved the residents of 18 tribal villages in the adjoining districts of Dhar and Khargone. The shelter camps are 35 kilometres from the dam site in Dhamnod.

But the villagers have been defying prohibitory orders to return home, unwilling to move without their livelihood. Chief Minister Shivraj Singh Chouhan has issued an appeal for them to remain at the camps.

Efforts were on to dig two channels to release some water from the dam reservoir. Rocks made the work harder, according to sources on Ground Zero. Explosives couldn’t be used as that endangers the dam, the sources told NDTV.

Using earth-moving and drilling machines, at least one channel was made operational as per the latest update on Saturday night. 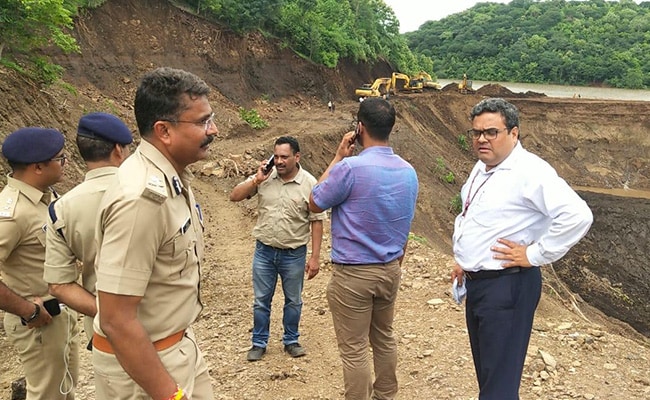 Using explosives to dig channels is not an option.

Engineering and hydrology experts are deployed — besides the National Disaster Response Force and Army personnel — to save the dam from crumbling under the pressure of 15 million cubic meters (MCM) water, which roughly translates to 15 billion litres. A third of that has to be released urgently, sources said.

The dam, 590 metres wide and 52 metres high, is being constructed for the past four years, at an estimated cost of Rs 304 crore.

The state’s minister for water resources, Tulsi Silawat, is on site with another minister, Rajvardhan Singh Dattigaon. Air Force helicopters are helping in the survey. 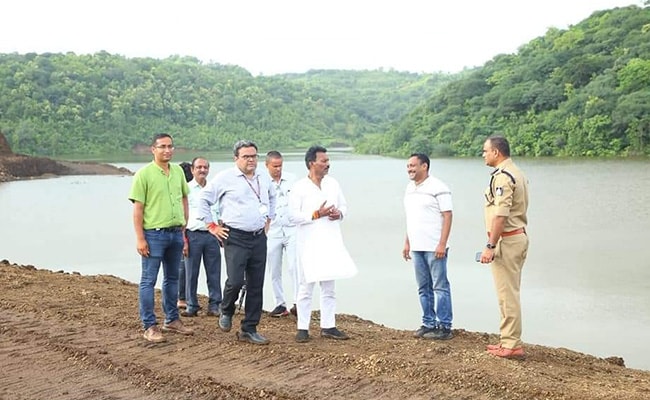 State ministers and experts are on site.

National Disaster Response Force officer Mohsen Shahedi said, “We have deployed four teams of around 120 men in Dhar district. Teams are specially deployed in villages that may be the worst-affected.”

The Opposition has blamed corruption for “low-quality construction”. State Congress chief Kamal Nath said irregularities in the work led to the seepage. He said he constituted an eight-member fact-finding team to probe the matter.

The dam, when finished, is meant to help farm irrigation of around 10,500 hectares in 52 villages.

“Before You Promise Something For Free…”: Nirmala Sitharaman To States

Cardi B & Offset Gift Daughter Kulture $50,000 In Cash For Her 4th Birthday: Watch

Akshay Kumar’s ‘Ram Setu’ in trouble as BJP Member Subramanian Swamy decides to file lawsuit; says, ‘If he is a foreign citizen, then we can ask he be arrested’ – Times of India