As it continues to expand its ad offering, in order to maximize its business opportunities, Pinterest has today announced that Pin Ads will now be made available to all businesses in Argentina, Colombia and Chile. 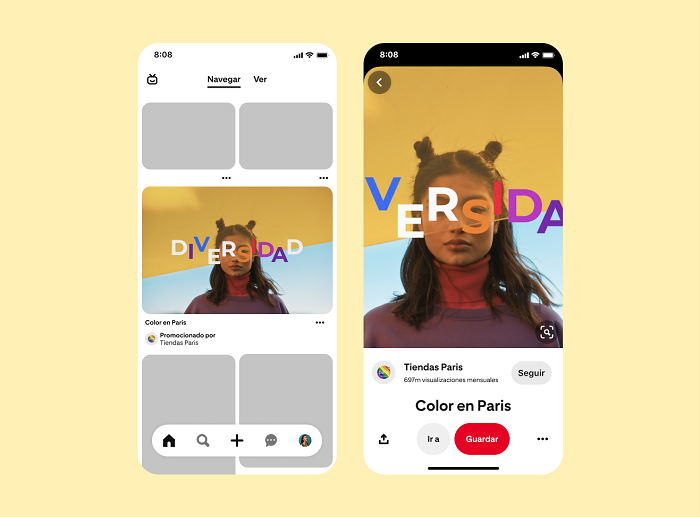 “Businesses of all sizes now have access to multiple types of ad formats and targeting options in Argentina, Colombia and Chile, to reach new audiences with meaningful, useful content as they discover ideas and plan new projects.”

Pinterest says that it recently launched its first ads with a small group of early partner brands in these regions, including Tiendas Paris and Publicis Groupe, which has paved the way for today’s full market expansion.

The announcement is the latest in Pinterest’s growing Latin American business push, with Pinterest Ads also made available in Brazil and Mexico last year. The app reaches around 80 million active users per month in the region – over 18% of its total user base – which represents significant opportunity, and highlights the expansion potential that Pinterest still has in this respect.

It’s somewhat surprising to consider the extended reach that Pinterest is still yet to achieve with its ads business, and how that could translate to more revenue for the company – and with the platform also warning of ongoing revenue pressures throughout 2022, and its overall user base in flux to some degree, it needs to tap into these expanded markets to boost its potential and showcases its value to investors.

Maybe that will be the remit of incoming Pin CEO Bill Ready, who took over from Ben Silbermann last week. The platform has been on a roller coaster ride throughout the pandemic, with usage reaching new highs, then normalizing once again, which has left many unsure what the future holds for the app. Ready, a former Google commerce chief, will now be tasked with stabilizing the ship, and maximizing performance – and you would assume that this would include a significant expansion of its ad business to facilitate more opportunity.

In selling its new Latin American expansion, Pinterest also reiterates that 97% of the top searches in the app are unbranded, and consist of 2-3 word queries, which makes Pinterest an effective tool to reach people while they’re still considering their next purchase.

“Pinterest is one of the rare platforms where it is truly possible for brands to engage with new customers who are intentional, open and making buying decisions.”

There is opportunity in Pins, for sure, and the addition of a Google insider should help to advance its discovery ambitions in this respect.

Xavier Prather: 5 Things To Know About The ‘Big Brother’ Winner On ‘The Challenge USA’

‘The Bachelorette’: [SPOILER] Gives Logan A Rose After He Kisses Both Leads On Date