Working with Ranveer Singh for a TVC was just not enough for superstar Samantha Ruth Prabhu.

The actress, who worked with the hunk for the first time early this year on a television commercial, admitted on Karan Johar‘s ‘Koffee With Karan’ that she was “Ranveer-ified.” The actress, who appeared as a guest on the chat show with Akshay Kumar, was all praises for the actor and opened up about their first meeting on the sets.

Interestingly, the feelings are mutual for Ranveer, who also can’t wait to work with Samantha. In his latest interaction with Bollywood Hungama, the actor gushed about working with the talented beauty and expressed his desire to work on a feature film with her. “Hopefully, we’ll have a more in-depth collaboration in the future because I think she is a wonderful person, a very warm person, lovely energy and an immensely talented person. We did an ad film together. There’s where we met and engaged for the first time,” the actor revealed. 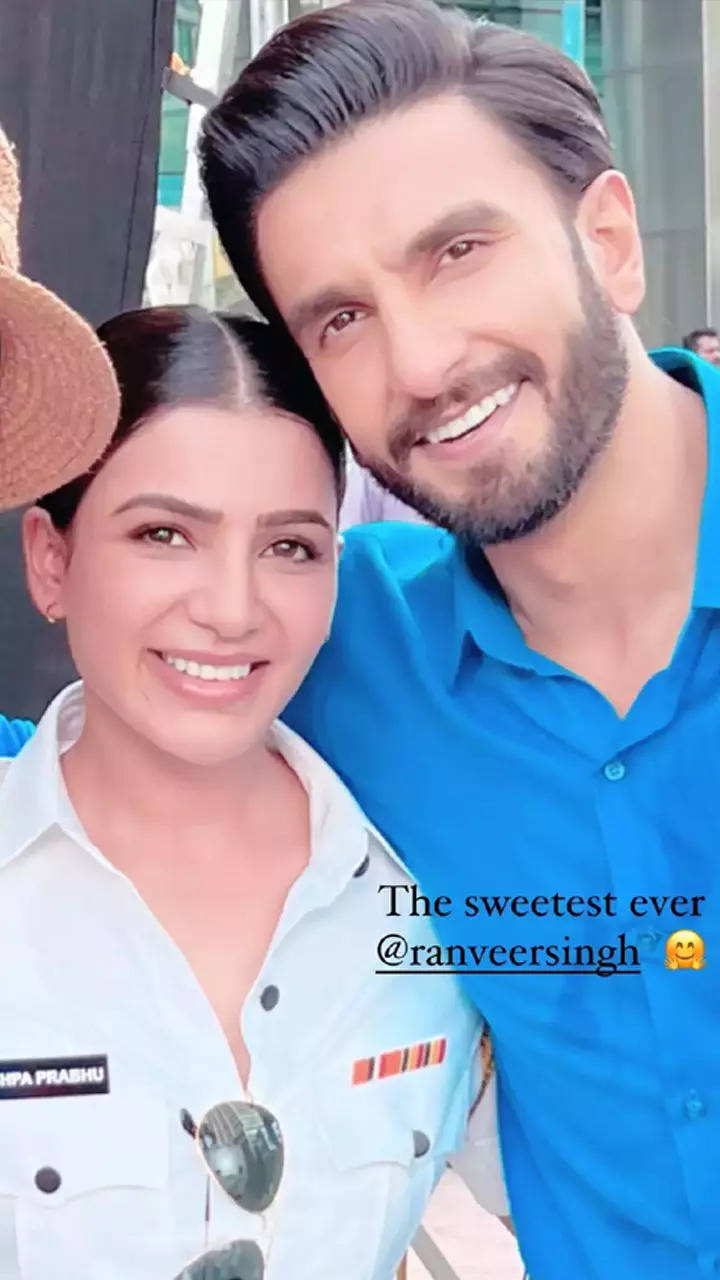 He also went on to reveal that it was during the ad shoot that Sam revealed that she was set to shoot for Koffee With Karan the next day.

Ranveer also sang praise of the actress as an artist and an individual. “She’s so lovely, she’s so warm, she’s light-hearted, she’s humourous and it’s wonderful that through advertising one is able to connect to one’s co-actors. Hopefully, I’ll do a full-fledged feature film with her in the future,” he added.

While Ranveer has a long list of Bollywood films on his slate, reports claim that Samantha is also in talks for a number of big-ticket projects.