Twitter’s added a new discovery element to its group-like Communities, with a new display of the top hashtags used in each community, which will then link you through to relevant tweets around those topics. 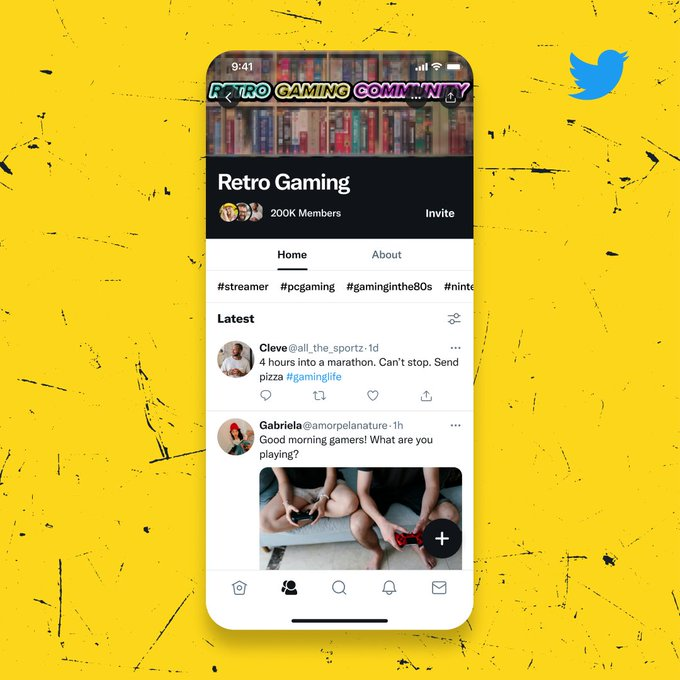 As you can see in this example, Communities pages on Android and the web (coming to iOS soon) will now display a listing of the most used hashtags within that group in a new panel above the tweet feed. Tap on any tag and you’ll then be able to see all the tweets from within that community that have used that tag.

It could be another way to encourage more engagement within Communities, which thus far doesn’t seem to have become a big element of the tweet experience.

Originally launched in September last year, Communities is Twitter’s attempt to tap into the popularity of more enclosed, topical discussion, incorporating elements of both Facebook groups and Reddit to establish another way to interact via tweet.

Which is interesting, and definitely worthy of experiment – though anecdotal feedback thus far suggests that engagement within Communities is relatively low, with the required shift in habitual behavior likely a significant barrier for adoption within the app.

Part of the problem seems to be that many communities have smaller audiences than many individual users have on their own profiles. So if you can post to a community, and get limited engagement, or post to your own profile, and get a lot more reach, the enticement for using the option is not that significant.

Twitter’s initial approach, which saw Communities being either ‘invite-only’ or ‘open to all’, may have also impacted overall interest, because you either had to know somebody already active within an interest area to gain access to a community, while ‘open to all’ groups were quickly filled with spam, turning users away.

Twitter has since moved to address this, with a ‘request to join’ option, where community admins are able to approve or deny requests. But it does seem like those initial missteps may have reduced interest, which hasn’t helped to make Communities a key tweet option as yet.

Still, Twitter says that it’s been happy with Communities take-up thus far, and without official usage numbers, we don’t really know how significant Communities currently is as a connection tool.

It could still become a thing, even with Twitter refocusing its resources on its core elements, and shifting away from its newer experiments.

I mean, Twitter did add 9 million more users last quarter, so it must be doing some things right to improve engagement. And as these new users come on-board, who are less familiar with how Twitter has worked in the past, maybe Communities, and its other, newer tools like Spaces, will become more habitual usage elements.

Disruption of Parliament should be done in ‘extreme situation’, not become norm: Manish Tewari | India News – Times of India