“We are starting to experiment with ways to grow creators’ music options for their content. This includes introducing the ability for creators to access our partners’ music while still being able to earn revenue on their videos. Right now we’re still building and testing with a limited set of creators, and will have more news to share in the coming months.”

Like Meta’s program, the initiative will see music rights holders take a cut of any revenue generated as a result of using their music within a creators’ clip. That could lead to some concerns with their music being attached to controversial content, though creators will be held to specific platform usage standards and requirements to qualify for the program.

Really, it’s not overly surprising to see YouTube implement a similar offering. If the music industry can establish a deal on one platform to generate more income, then it’s going to explore the same in every other app – which could mean that creators in all social apps will soon have a lot more options for the music that they can legally use in their content.

That could be a big improvement in the creative process, enabling more people to engage with viral music trends and shifts. It’s still early days, on YouTube in particular, but it could open up a lot more opportunities, which may also extend to brand use of commercial tracks at some point.

On another front, YouTube has also announced an expansion of its test of disappearing Community Posts on Android. 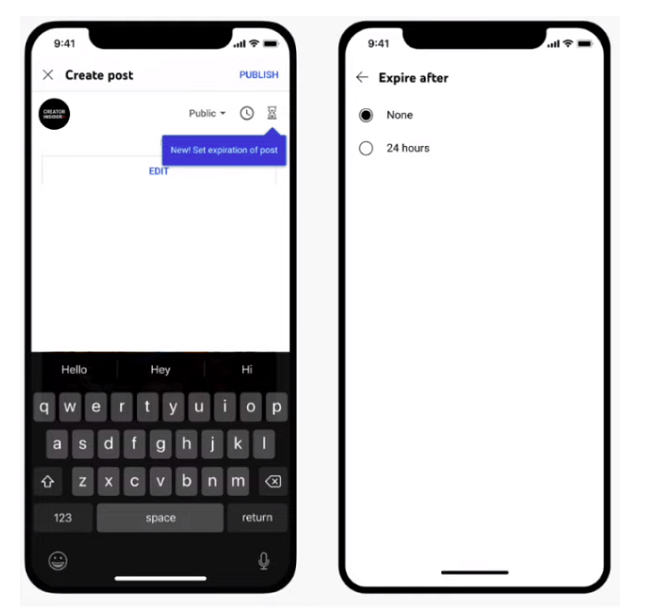 As you can see here, with this new option, channel managers can create Community posts which disappear after 24 or 72 hours.

“You can see if you’re in the experiment if an hourglass icon appears when you are creating a post – if you want to test it out, select the hourglass to choose when the post will expire. Once a post expires, it will show on your Community tab under the Archived filter (for only you to see).”

YouTube says that it’s now available to a small group of creators on Android – ‘though viewers on all devices will be able to see the expiring posts’.

Biden “Did Not Discuss” Change To US Tariffs During Xi Call: US Official